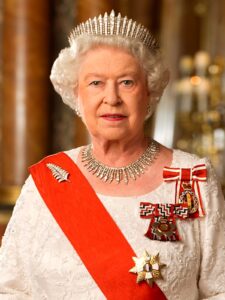 The traditional birthday celebrations held each June to mark Her Majesty Queen Elizabeth II’s official birthday will have a new venue for 2021.

The Queen’s Birthday Parade, which usually takes place in front of the House of Parliament (formerly called the Legislative Assembly Building), has been moved to the West Bay Road outside Government House.

On the Public Holiday Monday, 14 June, the Cayman Islands’ uniformed services will be on parade on the roadway in front of Government House.

For the first time, the Cayman Islands Regiment and Cayman Islands Coast Guard will march amongst the approximately 200 senior uniformed services and youth organisations for the annual parade.

Organisations taking part include the Royal Cayman Islands Police Service, the Fire Service and the Prison Service, as well as members of the Girls’ Brigade, the Scouts and the Cadet Corps.

They will be joined by musicians from the Royal Cayman Islands Police Band.

The parade will commence at 4p.m. and will be followed by a Garden Party Reception hosted His Excellency The Governor, Mr. Martyn Roper on the grounds of Government House beginning at 5pm and continuing through 7p.m.

During a ceremony directly after the parade, honours and awards are bestowed to deserving individuals who were recognised at either the previous year’s parade or announced in the Queen’s New Year’s Honours.

The general public is invited to attend the procession and awards, and to stay on to enjoy the reception afterward.

His Excellency The Governor, Mr. Martyn Roper said, “I hope members of the public will come out and enjoy the celebrations as we express our collective wishes for Her Majesty’s continued good health and longevity on her official birthday.”

Chief of Protocol Meloney Syms said, “Although HM The Queen was born on 21 April, it has long been the tradition to celebrate the Sovereign’s official birthday in the summer.”

She also reminded members of the public that COVID-19 suppression measures regarding public gatherings remain in effect in the Cayman Islands. Therefore, the Garden Party Reception is limited to 500 people and the Parade is limited to 1,000 people including participants.

These restrictions are in place under the Prevention, Control and Suppression of COVID-19 (No. 2) Regulations, 2021. These Regulations came into effect on Friday, 14 May 2021.

The Queen’s Birthday events will be broadcast live by Radio Cayman, and filmed by Government Information Services (GIS) for future airing on CIG TV.

In the event of inclement weather, the awards ceremony will take place under a tent at Government House.