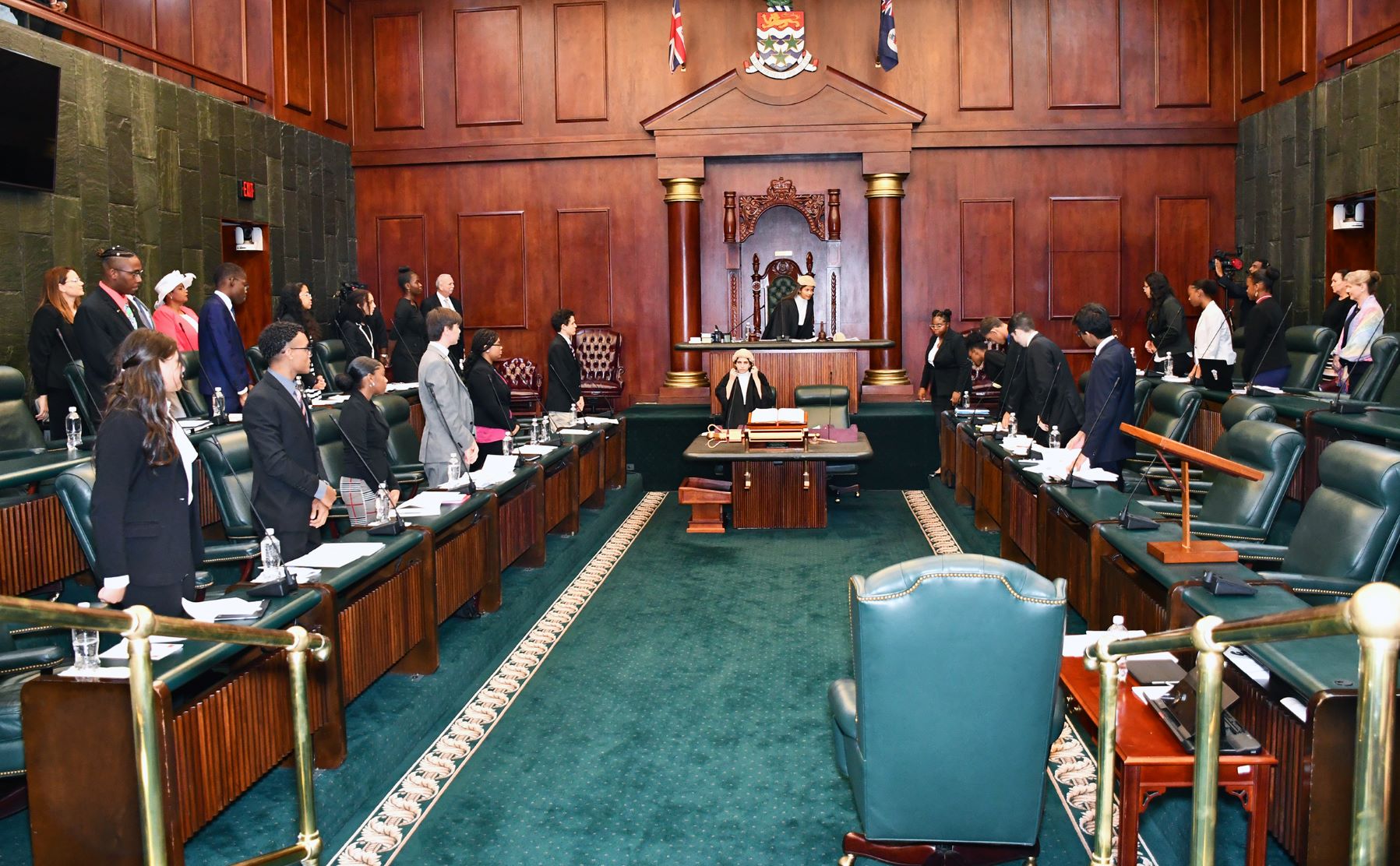 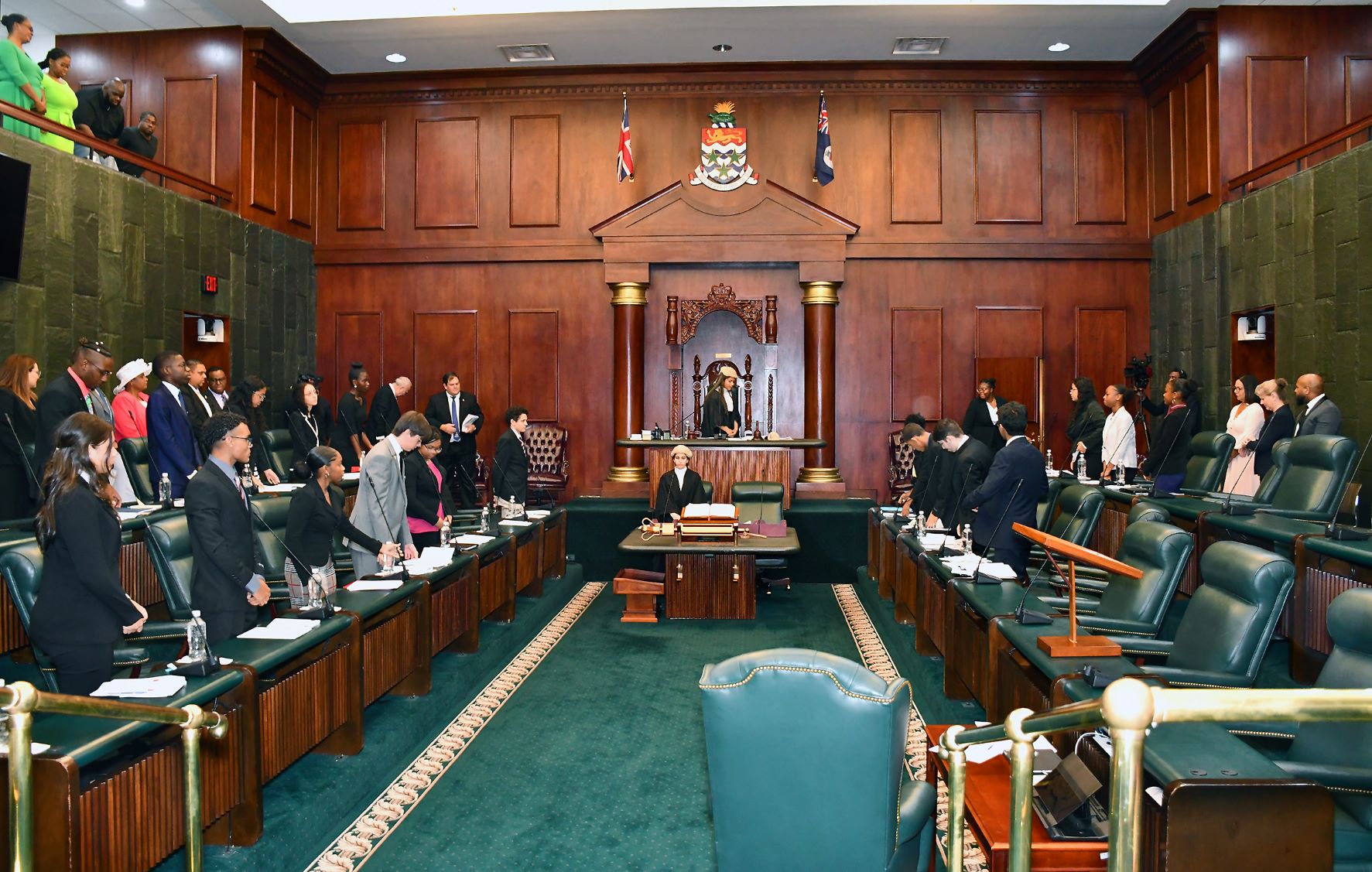 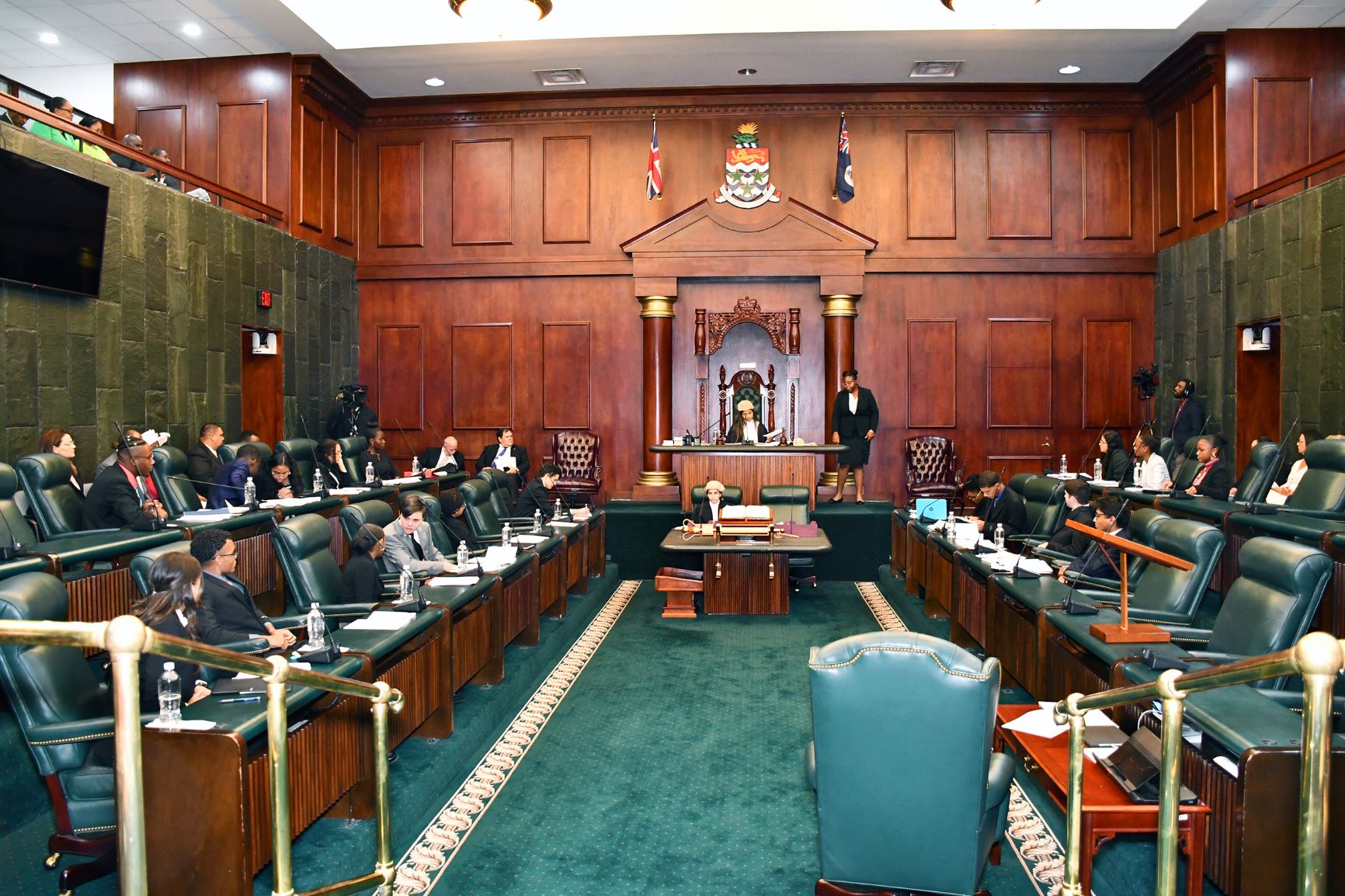 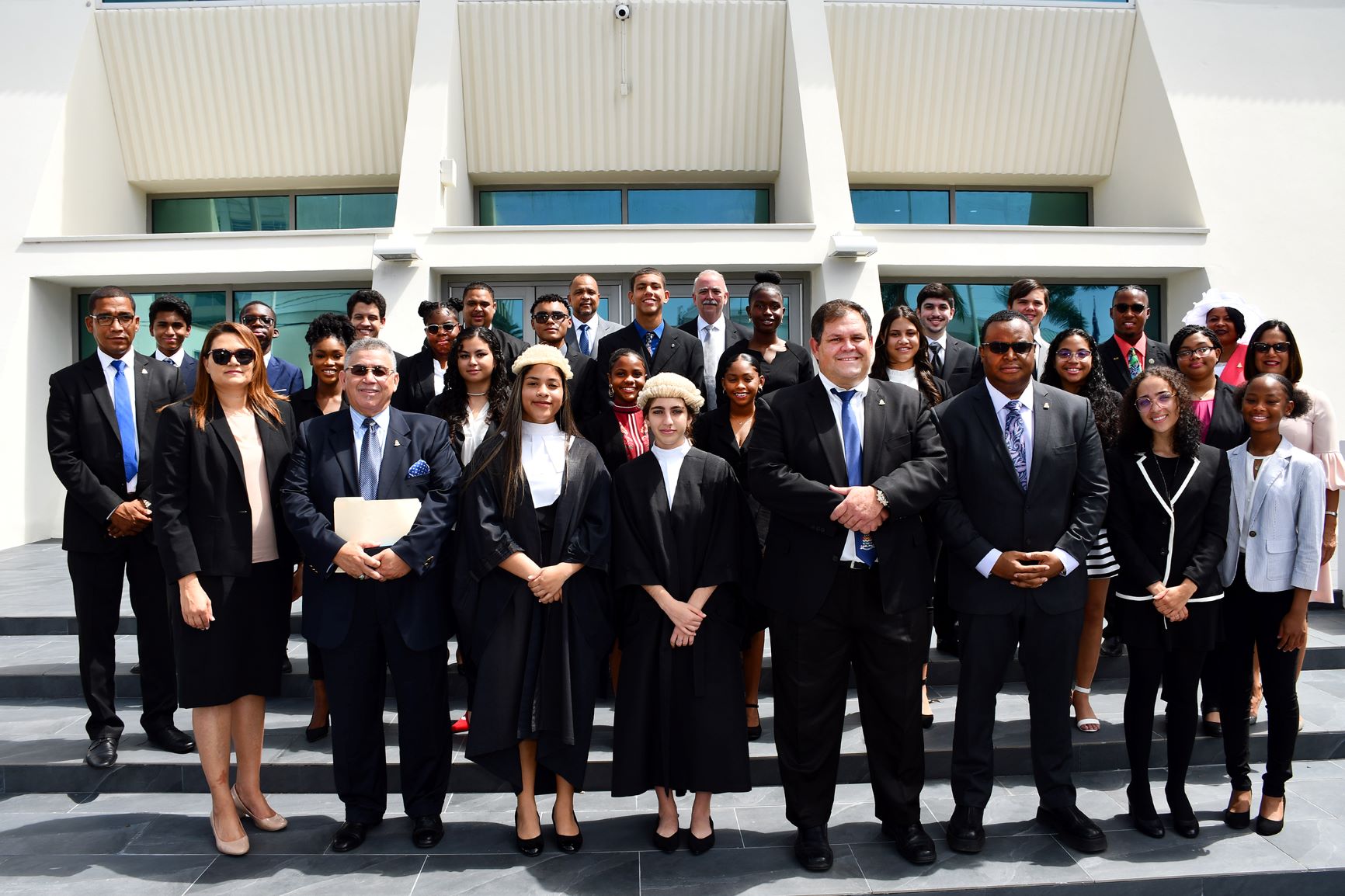 Twenty-one Youth Parliamentarians took over the House of Parliament to conduct business which included debating two motions today, Saturday, 29 May 2021.

The Cayman Islands Chapter of the Commonwealth Parliamentary Association (CPA) hosted the CPA’s 14 Youth Parliament, which had been postponed from its originally scheduled date on Commonwealth Day in early March.

At the formal opening, Speaker, Hon. McKeeva Bush said: “The Youth Parliament is an important programme for promoting and engaging with future leaders. The Cayman Islands Chapter of the CPA has embraced this concept enthusiastically over the years.”

He noted: “As Members of Parliament, we are eager to mentor and groom future leaders of the country, starting with giving them the opportunity to experience what the parliament is all about and to gain invaluable experience in the parliamentary system.”

The Speaker added that the youth parliament simultaneously provides MPs an insight into the thinking, views, opinions and recommendations of representatives of the nation’s youth. He praised them for staying the course, despite having to prepare and take their school examinations.

Premier, Hon. Wayne Panton, before formally opening the Youth Parliament, noted that presence of the youth in the parliament showed they care about the democratic process. He urged them to continue to keep their finger on the pulse of the community.

This will enable them to make their voices heard so that authorities can include in their decisions and policies the views of the over 25% of the population who are between ages 15-34, he said.

“You will have opportunities beyond anything we have ever known,” he added. Whether they choose careers in politics or other areas in the future, he urged them to work towards making a positive difference in the lives of the people.

The theme for the Youth Parliament “Delivering a Common Future: Connecting, Innovating and Transforming” was relevant to all in the Cayman Islands, he said. Caymanians had done this from the first settlements but notably in the past 60 years, he emphasised. As the world changed, so did the Cayman Islands connecting, innovating and transforming itself, Mr. McTaggart noted.

After the opening, the youth took over the House, led by the Speaker for the event,

The young parliamentarians vigorously debated two Private Member’s Motions. The first one moved by the Opposition bench’s Sarah Sato Bodden and seconded by Ciara Chong sought the implementation of a website and application for promotion of amenities and resources that benefit the Cayman Islands community.

The motion sought the implementation of a website and an app for promoting amenities and resources available for the benefit of the community. The motion did not pass, receiving a split vote of 9-7.

The second one seeking a moratorium on the importation of vehicles was moved by the Government bench’s Jelani Hanson and seconded by Arianna Anglin. The motion passed on a split vote of nine for and 7 against.

Oriela Dzaghgouni served as Clerk of the Parliament and Shamara Lewis as Serjeant-at-Arms.